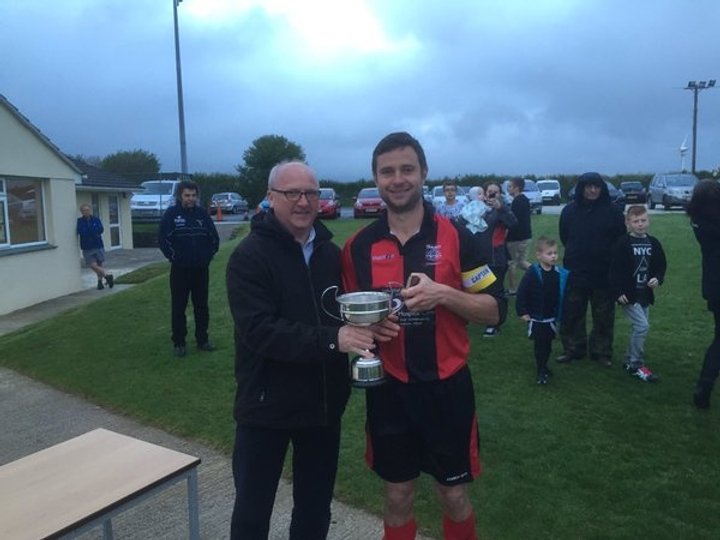 Beaten 5-1 at Foxhole last Wednesday, Lostwithiel were much stronger and
better organised in this final. Foxhole had the majority of play with
the Lostwithiel rear guard resolute throughout the final. Foxhole
deservedly took the lead around the midway mark of the first half but
probably the most defining moment of the game came on the stroke of half
time. A fine shot was magnificently saved by Lostwithiel keeper Damian
Boyle.

Whether Lostwithiel would have come back from two goals down is doubtful
as Foxhole again had the majority of the play in the second half.
Chances though were at a premium as the Lostwithiel defence protected
their keeper.

With time running out both sides had a chance to score but just shot
wide across the goal. In the last minute of injury time Lostwithiel
attacked and forced a Foxhole player to concede an own goal to take the
tie to extra time.

With light fading just ten minutes each way was played. Lostwithiel were
at their best in this period but neither side could force a winner.

Foxhole blazed their first spot kick over the bar to give Lostwithiel
the advantage. From then on all penalties were scored giving Lostwithiel
a 5-4 win on penalties.