Duchy Round Up 30th April 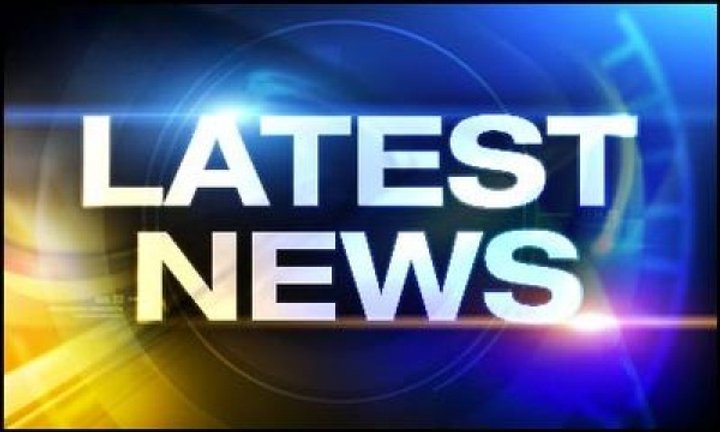 All this weekends Duchy League action

The battle at the top of the Premier Division could go to the wire. St Minver opened the scoring in the 13th minute at home to Edgcumbe with Callum Wilson capitalising on a defensive mistake. The hosts wrapped up a crucial win when Adrian Ashton, who had earlier scored for the reserves at Lanivet, came on as a sub to score their second. The 2-0 defeat ends Edgcumbe outside hopes and sends St Minver into Monday nights KO Cup Final at Liskeard against Callington in high spirits.

Looe Town stay four points behind but with two games in hand after beating a weakened St Stephen 5-1. Tom Whitebrook scored a brace with Matt Barton, Danny Carroll and James O'Brien completing their tally. James Truscott scored the St Stephen consolation. Looe has one thing on their mind: win their last four games and they will win the title.

Biscovey beat Lostwithiel 4-0. It was an end of the season performance from the visitors against a weakened home team. Lee Budge picked up a loose ball in the area to give the hosts a first half lead. Scott Sampson headed the second from a corner after the break with Biscovey then awarded a penalty. Keeper Liam Turner strode up to hit home the penalty kick. Jack Swiggs completed the scoring when he flicked in the fourth.

Callington Town are within one win of the Division One title after their 3-1 victory at Sticker. A glorious volley from captain Kevin Pethick gave Callington the lead on ten minutes. It was clear to see why Callington have been so successful this season as they are an efficient side from front to back. Defensive lapses allowed the visitors to score two more before the interval from James Pascoe and Liam Bryant. After the break with the wind in their favour Sticker came much more into the game and territorially had the greater advantage. A Jack Boardman penalty reduced the arrears but even with plenty of possession clear cut chances were few and far between. The visitors closed out the game and three points closer to the championship.

St Dennis suffered a second league defeat of the season at AFC Bodmin to seriously harm their promotion prospects. Bodmin won 2-0 with Dan Chapman and Fraser Robinson getting the goals.

LC Phoenix suffered a real upset loss as a below strength St Columb Major visited Launceston College and came away with a 5-0 win with Craig Allen getting four of the goals. Tom Ball added the other goal to leave Phoenix hanging on in second place.

Gerrans & St Mawes United kept their slight promotion hopes alive with Charlie Jones getting a brace and Harry Wilshaw adding the other goal in their 3-1 win at Gunnislake. Kieran Jasper scored the home goal.

New Division Two champions Veryan won again although their winner at North Hill was controversial. An end to end encounter probably deserved to end with honours even but Veryan were awarded a soft free kick and Craig Phillips capitalised to hit home the only goal of the game.

St Cleer won a crucial relegation clash at home to Boscastle for their second win in four days which edges them closer to safety. Ronan Moran, Kevin Bunkum and Duane Williams scored for St Cleer with Capstick getting the Boscastle reply.

Godolphin Atlantic jumped out of the bottom two after a one all draw at Queens Rangers. Ben Hawken scored for the hosts with Dylan Rodgers getting the visitors goal.

Tregrehan Mills edged a little closer to the Division Three championship after a three all home draw with second placed St Merryn. A long ball in the 2nd minute caught the home defence cold and Kev Allen got on to the end to give the visitors the lead. Tregrehan equalised in the 10th minute when a Dom Swire cross found Dean Dingle to tap home. Dingle scored his second five minutes before half time to put Mills ahead after an assist from Tom Adams. Mills dominated the second half possession with St Merryn dangerous on the break. Dingle completed his hat trick on the hour but ten minutes later Lewis Canfield was brought down in the box and Josh Dark struck home the resulting penalty. Mills continued to press for goals but paid a heavy penalty in the 82nd minute when they were caught by a breakaway goal from Ben Curtis.

Mevagissey retain title hopes although their backlog of fixtures is taking its toll. They trailed bottom of the table Pelynt reserves 3-0 and then after fighting back to level fell behind again. Mevagissey recovered to fight back and win 6-4. Cezary Kiraga scored a hat trick for the hosts with Matt Chesterfield, Krzysztop Kruszewski and Bruce Campbell completing the home tally. Pelynt's goals came from a Luke Barnes brace and goals from Connor Bone and Dan Brazier.

Lanivet Inn playing their sixth match in twelve days were held two all at home by St Minver reserves but that after coming back from two goals down. Adrian Ashton gave St Minver the lead before the break with Corey Crook doubling the advantage just after the restart. Lanivet fought back bravely and deservedly to earn their point with goals from Dave Crawford and Shane Looker.

North Petherwin Reserves with games in hand on all their fellow relegation candidates had a fine 7-4 win over Packhorse Athletic to give them great reason for optimism. Wayne Francome and Ryan Howard scored a brace apiece for Petherwin with Wayne Downing, Craig Charnock and Simon Oliver adding a goal apiece. Packhorse replied through Neil White, Rob Giltjes, Jamie Henderson and Jake Blythe.

Grampound reserves lost 4-2 at home to High Street and that after taking a two-goal lead. Jamie Benjamin set up Ryan Orchard to open the scoring with shortly after Benjamin lobbing a second goal. High Street pulled one back when Matt Clements put through his own goal and just before half time Ryan Best equalised with a deflected shot. High Street took the lead for the first time on the hour through Ashley Cannon after a scramble following a corner. The visitors wrapped up the game with a Stuart Kesson-Smith goal ten minutes from time.

Gorran and Tregony drew one all. Tom Guest scored for Gorran with Kevin Beel replying for Tregony. A word of praise too for referee Andrew Phillip returning to the fold after a heart attack at the end of last year and having a fine game.

Real Saltash remain in contention for promotion from Division Four after their 3-2 win at St Mawgan reserves. Wayne Skeldon scored a brace with St Mawgan putting through their own goal for the third. James Pritchard and Bonar Mull were the home marksmen.

After a morning scrambling to put two sides together St Stephen reserves were rewarded with a four nil win over Kilkhampton. Dean Yelland opened the scoring in the 37th minute. Chris Kellow doubled the lead from the spot and the game was all but over when the visitors conceded an own goal. Sam Medlin completed the scoring in the 87th minute.

Padstow United played the best they had all season while beating Southgate Seniors 5-0. The visitors also put in a good performance with good goalkeeping and a strong midfield. Kyle Tippett scored a brace with Ben Prendiville and Johnny Murt adding further goals. However, the goal of the game came from Matt Eccleston, rolling back the years to strike a curling 25yard free kick into the top corner. Prendiville is also to be congratulated for a mature performance on the right hand side.

Foxhole reserves are promoted and within touching distance of the Division Five title after their 3-1 home win over Week St Mary. Bradley Allen, Matt Ravenscroft and Nathan Allen scored for Foxhole with Josh Allsopp replying.

Lanreath kept their outside title hopes just alive with a stunning 8-1 win at Boscastle reserves where Tom Rowe starred with five goals. Steve Crumpler added a brace with their other goal going in off a Boscastle defender. The hosts replied with a Darren Hambly goal.

Dobwalls won 4-1 at Wadebridge Town to remain in third. James Colwill scored a brace with Samrat Hummagain and an Ollie Boucher own goal completing the visitors total. Gwion Robertson scored the Wadebridge consolation.

Lanreath and Dobwalls are level two points behind Foxhole and meet at Lantoon Park in midweek in what effectively is a shoot-out for runners up.

Duchy Round Up 23rd April  All this weekends Duchy League action